Transparent Vinyls in Violet and Green!

After quite a while we are excited to announce a double LP compilation with Young and Cold Records. Some years have passed, but here we go, “Ein weiteres Jahr” – another year.The first LP “Minimal Times” includes songs of the first two years (2008-2010) where minimal wave was the sound in the underground clubs, and all the songs are remastered.The second LP “Best of” is a compilation of the later songs that blasted the stages around Europe, with some unrealesed tracks.Beside the rumours, this is another proof – Bloodygrave & Die Lust! never broke up.

Here some interesting technical details about all the song in this double LP compilation: 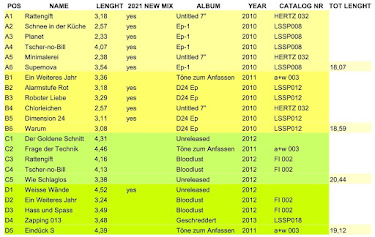 Also, we got an official Bandcamp page:

here all our updated Discography, and full lenght streaming of all the songs we made!! 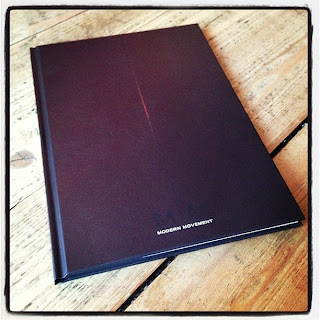 Here we are with our VERY ROUGH version of a new Song named "Hoffnung".


47 beautiful portraits of Modern Movement’s finest creatives - musicians and artists - in Berlin.
The Modern Movement book is also accompanied by an
18-track CD compilation of artists in the publication.
Curated and produced by Jen Ellerson and aufnahme+wiedergabe.
Photos by London’s Tom Kavanagh

The new Album "Schwere Schritte" will come out in the next Months.

This is a Compilation we compiled with unreleased material from our Sessions and Improvvisations. 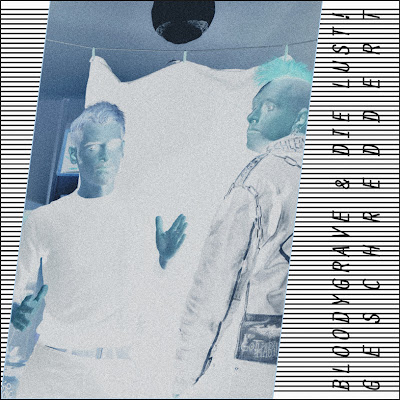 "
from Aufnahme + Wiedergabe and Totally Wired Records
with our new song "Weisse Wände".

A action for support the new Collective/Shop TRANSFORMER in Vienna. 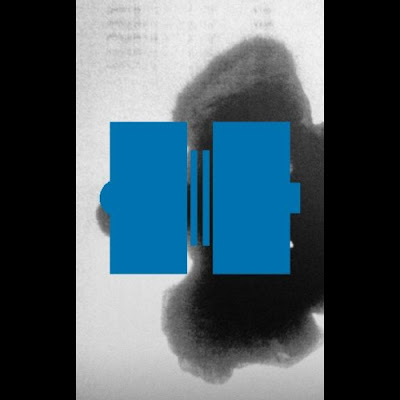 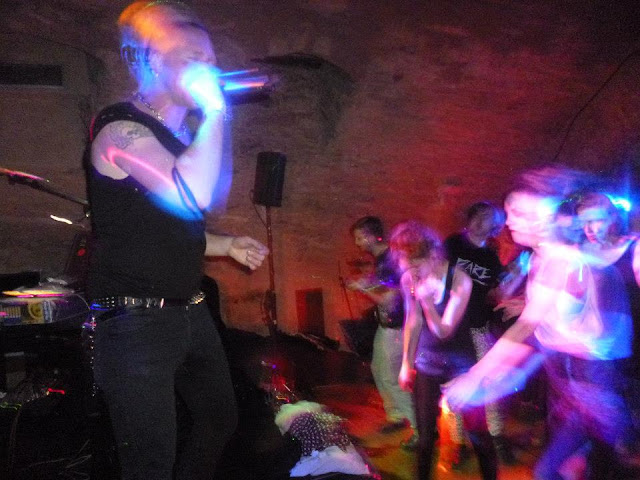 ON TV!!! Interview for Tv Berlin

There´s also the Robot Improvisation-Action in U-Bahn Warschauerstrasse we did with Friends, Cosmic Hula Radiators, Linearnetrik, and images from the concert at Kili Theater organized as "Die Fesche Tanzdiele" Party (11.08.12)

The interview from DARK ENTRIES (in Dutch) is HERE


1. Can you introduce Bloodygrave & Die Lust to the Belgian public? Can you tell us something about the origin of the band? It seems that two solo projects joint forces. How did you meet each other? ‘Bloodygrave & Die Lust was born from the ashes of the Berlin gothpunkband Rotten Western Kulture’. Can you tell us about this band?
Ben: As you already read, we were starting with 3-man Goth-Punk Band. Rough Guitars, Drums and Vocals...we had 1-2 gigs together, but then we recognized that some of us has different goals and we broke up. Since we still had some Concerts confirmed, Frasco and me decided to do them...whatever it would take. So Frasco had his solo Project “Die Lust!” and I had my first experiences as “Bloodygrave”...we put both Projects together and in spring/summer 2010, we both went to our practice room every day...for some weeks. We almost lived there...but we managed to prepare some songs (even some covers from Rotten Western Kulture – Rattengift for example...) We had fun, even if we had no clue about what its like to be a “Synth” band suddenly...so we kept on going!

2. Do you like the term ‘minimal wave’? Is it a good description of the sound of the band?
Frasco- For me MW mean just a new discover in the last 10 years of Underground 80s music.
Inside, there´s really everything from experimental noises till good Pop Plastics or even some Italo sounding (just hear for example The MW Tapes vol. I).What I really like its the spontaneity, the urgence, the DIY spirit there, also a positive input for us that we hear that resource with the Ear of the new Century.
Anyway I never felt myself “Minimal”, rather “Wave”.
Ben: I think the term “Minimal” was ment to those Guys wich recorded their stuff with only 4 Track-Recorders. We started maby more “minimal” and even now we mostly don’t got more then 4-5 different instruments/voices...but this was never our goal or ideal. I don’t know whats “the best” description...but some songs might be more Synthwave...some more Synthpunk...

3. Can you tell us a little bit about the new album “Bloodlust”? Why did you chose that album title?
F- I like always to play with words, and after a while munching our Bandname had this suggestion, I think more because is good sounding than other...
It´s a sort of collection of our songs until a certain point. These are not all, just a selection.
Our goal was to record them again better than possible with our equipment, to be free after that to jump into a new period and concentrate on new Material, because our attention and our sound was changing pretty much meanwhile.

4. What’s your favourite Bloodygrave & Die Lust song and why?
F- I like the new two: “Der Goldene Schnitt” and “Wie Schlaglos”, because are songs we made for have more fun on Stage, and possibly enjoyable.
B: I like a lot of the first songs...but they are not so much fun to perform on stage anymore. The newer songs like “Weiße Wände” or “Ein Weiteres Jahr” are much more energetic, danceable... Its even different if you hear them recorded, then live...because on stage i always put much more power in the vocals.

5. What bands/artists are you influenced by?
F- My background ist deeply rooted in the 70s, with the Peak on the Progressive Rock: King Crimson, Banco del Mutuo Soccorso, Brian Eno, the “German Side” (Krautrock) just to name too, not the one too much “Baroque”.
Also the last years, with the Disco/Punk dualism.. electronics, gritty, hairy, great!
I like so much the 70s in general for many reason, and one about the music its that also in the pop music, in the Songwriting, everywhere you can hear “a human behind the instrument” you can recognize the drumming, the style and the influences of a Man in every songs.
In the 60s was much more “homogeneous”.
B: I am fascinated by bands wich got a violent appearance, powerful sound and drive on stage...there are defenatly more but “Schleimkeim” and the “Screamers” are the best examples. But there is also a very good Belgian band i saw some month ago here in Berlin – “De Brassers”...

6. What music do you listen to nowadays?
F- To complete the Theme before I will say that from the 80s (and still with dignity nowadays) one of the most interesting are the Tuxedomoon, because they explore much Fields and their music is so expanded, refined, introverted, but still Punk and sharp like not many: No Tears deserves a Monument. Also i´m in love with the solo works of Robert Görl.
B: Too many to name them all...i like many genres. Punk, Deathrock, Postpunk, Cold-Synth-Wave-Deathmetal... whatever is Danceable or inspiring. From J. S. Bach till Demented are Go. From Human League till Pantera. I think every genre got some musicians i really like.

7.What’s the last cd you bought?
F- I try to support the Underground scene and I buy, when I can, Vinyl, Cds and also Tapes from the band I see live and I like: the last one was from “Schwarze Armee Fraktion” the Band of our Friend AC and Ben X Schneon.
B: My last Vinyls i bought was The Invincible Spirit – Current News (my favourite at the moment) and the split LP from “TK Untergang” a quite new band from Berlin.

8. How does a Bloodygrave & Die Lust song originate and develop? How do you write a song?
F- Mostly thru the improvvisation, alone or together: that´s why we have a thousand of sketches, that need to be developed, and sometimes at the end of a tiny work on the machines, I found that I like more the original improvvisation, fresh and naked.
When the material I have tends too much to a “certain direction” I save it for my solo porpouses. Otherwise like “Trasformazione” and other songs, we decide together to add them to our Band Tracklist.
B: Its a good concept, sometimes Jam sessions to start a song together and work on it till the end. And othertimes we both do songs completely on our own and just perform them together...i really like it that way.

9. What are the lyrics about? Where do you find the inspiration for the lyrics?
B: This is really different for every song... some of them are about things wich happend to us in the past, some are maby a little social-critical, some were really spontaneously out of some feelings...we don’t have a “final message” its more about different thoughts, views, things that happen to us or to everyone...so every song got its own message or non-message...

10. Is this the first time you will perform in Belgium? What do you know about Belgium?
F- I imagine the City with a particolar Atmosphere connected to the Cinema: a friend of mine was telling me about a period in his life in Bruxelles, where he made the bigges steps his experience there. I´m curious. About music I heard something from the Deus, but the name I cant´t not say are the Front 242.
B: I am also curious! I also newer was in Belgium, just heard some music and read a little about the underground scene...looking forward!

11. What can we expect from the concert in Belgium?
F- Its a big Station for us. Its the begin of our new Period, we have new awareness of ourself and our equipment, and we know that we have to/can do more... what we can expect is a big meeting of people, contacts, exchanges
B: We will perform some really new songs. Our goal for the show is to force people to dance. ;)

12. Why should our readers come and see Bloodygrave & Die Lust performing at the squat ‘t Klooster in Antwerp, Belgium?
F- What make me really happy is that there is for me the first day of a 15 days travel, after a long time working. Also the first day of freedom begin with a great event like this, in such a evocative place, then I go with my girlfriend for a Pleasure Travel in Spain. I can´t wait!
B: I think this is really not only about us. With all our Friends from the other Bands, it will be a night to remember...

13. Bloodygrave & Die Lust will perform together with Lebanon Hanover, Die Selektion and In Trance 95. What’s your opinion about this line up? Do you know the other bands?
F- It´s a really good Line-Up, all of them are Bands that offer, in essentially different ways, an Abstract of the nowaday underground music, and a great Live-Act! A kind of “Now Wave”.
I know personally who more who less everyone of the two german bands, specially Luca, the “italian” of Die Selektion.
B: I saw all the bands a several times this/last year... i cant imagine a better lineup! Every band got a really unike sound and appearance. I enjoyed every show of them all, and i am happy that we can be in the lineup with them!

14. What can we expect from Bloodygrave & Die Lust in the (near) future? Do you have a last message for the Belgian new wave/gothic public?
F- To be seen again around Europe, this is our hope. I will there to see the City, to enjoy the Venue and to party with you for two days, let´s dance!
B: Thats it! Looking forward for our first Belgian Party! See you soon!!
Pubblicato da Bloodygrave & Die Lust! a 10:10 Nessun commento: 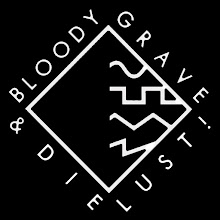